A well wisher asked me whether we shouldn’t be voting for a leader with vision than bring in a khichdi government. It is a legit question that deserves an answer.

Vision is too big a statement for any Indian politician. Any visionary leader would invest in it’s youth but the payback is over 15-20 years and no leader has done that. Leaders are elected for 5 years and are always in campaign mode for the next muncipal, local body and state elections. Modi has campaigned more and governed less, strategised on elections more than for the country, Rules more and administers less, promised more and performed less, spoke more and heard less, ranted more and felt less, advised more and solved less. Pulwama, DeMo etc could have been prevented if he indeed kept India first in his heart and head. He is more of a short term trader counting his pennies every night than a Warren Buffet investing for future to create wealth. He thinks like a hedge fund meant for Saudi Arabia than a growth fund designed for India.

We are also nation ruled by a Hindu Undivided Family(HUF). A visionary builds an able team than empower only those loyal to himself. A nation of 1.3 billion is ruled by a family council that moved from Ahmedabad along with Modi. They include Amit Shah, Hasmukh Adhia, the Mishras, the Joshis et al. They failed to impose Rakesh Asthana in CBI too. Even home ministry under Rajnath is infiltrated with those who worked in Modi’s Gujarat.

India is now a nation where institutions that are meant to strategise for nation building have become PR offices of the government. NITI ayog strategises less and justifies more, the CSO builds algorithms to downplay past and overplay present, RBI spent 4 years to count notes and justify the DeMo blunder, NSSO has been systematically killed, job data is adulterated, crine data vanished, farm distress data is embargoed. CBI works harder to fix political opponents and NSA burns midnight oil to bring small time criminals to book. We now have a leader who works on building perception than changing reality.

A man is also known by the company he keeps. Modi’s Chief Strategist is Amit Shah, Chief campaigner is Yogi Adityanath, Chief Economist is Anil Bokil, Chief banker is Guru Murthy. A bunch of CAs is our response to international economists questions on economy. Simply put, we are officially run by quacks who think they know the cure better than qualified doctors. The hard work to Harvard debate is taken to a new level. They are antipathic to science, knowledge and intelligence and that is dangerous.

A visionary is also known by the issues he fights for. His chief strategist, Amit Shah fights for a Rath Yatra, Yogi for a Ram Temple, NSA for nailing Gandhis, CBI for jailing opponents. 2014 was all about jobs, corruption and development. 2019 would all be about Pakistan, Ram Mandir, Muslims and Gandhis. That in no measure is vision!

We are also governed by sick people. All that matters is loyalty to the leader. At the height of tensions with China & Pakistan and economic crisis, we had sick ministers in absentia running defense and finance ministries. Anant Kumar, Jaitley, Sushma Swaraj, Manohar Parrikkar etc. enjoyed perks while being medically unfit and India paid the price with Doklam, DeMo and execution blunders of GST. And the hunger for power is such that Goa was ruled by a half dead man and the swearing in happened as the ashes of the dead leader were still hot. This is no less than a sedition!

We are also a nation of rich absconders. Forget getting Dawood back from Pakistan, we have enabled criminals to flee. Vijay Mallya, Nirav Modi, Mehul Choksi, Nitin Sandesara of Sterling Biotech, Jatin Mehta of Winsome Diamonds have all fled under the watchful eyes of the chowkidar. India is constantly made to debate historical questions of ‘Whatif’, Justifying every action with ‘whataboutery’ and taking accountablity to a Zero.

No longer are all citizens are equal or secure. We divide people with every petty election. We have hate monkers driving public discourse. Elections are fought on Smashan vs Khabrastan, Ali vs Bajrang Bali. And this is only a prelude to 2019. We drive away intellect. We punish integrity. We loathe questions. Raghuram Rajan, Arvind Subramaniam, Arvind Panagriya, Urjit Patel, Justice Chalameshwar and Alok Verma are just a short list. Every dissenting voice bit the dust, every person with a spine stood bloodied and was uprooted.

And this demogoguery costs India more. Sushma, Gadkari, Rajnath, Suresh Prabhu, Nitish Kumar, Raman Singh, Shiv Raj Chouhan are victims while Smriti Irani, Giri Raj Singh and Yogi Adityanath are beneficiaries. But Loyalty to the throne and insecurity of the leader will hurt even efficient BJPians whilst benefitting those that will cost India.

We now have a leader who believes in monologues to a captive audience than a dialogue with the well informed. He knows his failings in performance and will not allow any forensic scrutiny of his acheivements. The arrogance is telling. The apathy screams. The negligence cries. The leader of the largest democracy in the world refuses to being questioned.

So, here we are as a country. Our policies are made by quacks, Our institutions subservient to individuals, Our thinking is of day traders and hawala operators, Our staticians work hard to show others smaller, Our policy makers work on building perceptions than changing realty, our leaders reward loyalty than efficiency. We promote cronies to competitors, indulge sycophants than well meaning critics, kill second rung able leaders to an insecure leader, and are formally ruled by a family council from Ahmedabad and Nagpur.

For sure, It would be a khichdi in 2019 with Mayawati, Akhilesh, KCR and Stalin deciding who the next PM would be. Modi would not be a compulsion and may not be an option too. And even if he were to be a PM, he would be heading that same Khichdi Govt. In the circumstances, what do we do? We now must reclaim our lost ground. We must vote for that political party that will think peace, think ahead, looks to future and builds hope. We vote for goodness than evil, humanity than religion, performance than perception and hope than fear. We vote to be free than imprisoned. We vote for what suits us than what suits them. We vote ourselves in. We Vote. To change. And not be changed.

We Vote. To Change. 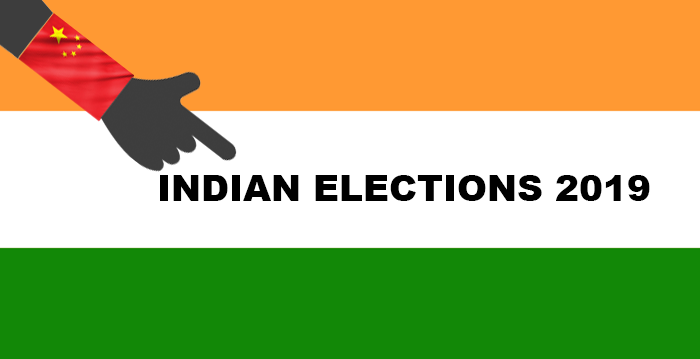